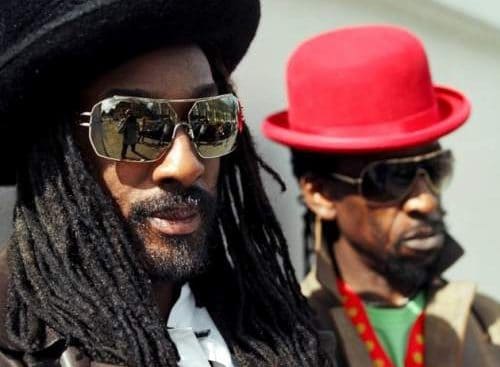 After months of planning, securing artists, suppliers and putting in place additional health and safety measures to meet the Safety Advisory Group conditions, the Government’s decision to extend Covid-19 lockdown restrictions to 19th July meant that our festival date of 18th July fell within the restriction guidelines. However, we were determined that the festival had to go ahead with all the necessary Covid-19 social distancing protocols, especially as our communities have had to endure months of gloom and doom pandemic lockdowns.

Since the announcement, we have worked tirelessly with our Board members and various stakeholders to find an alternative date that is conducive to the availability of our headline artists and also fits in with the festival’s operational and infrastructural requirements.

As such, we are delighted to announce that the much loved Simmer Down Festival will take place in Handsworth Park on Sunday 22nd August – it will be headlined by ASWAD plus one of funk and disco’s preeminent bands, HEATWAVE alongside an array of local artists, musicians, and DJs – please join us with your family and friends and pass the word!

Aswad, Britain’s most influential and enduring reggae acts, formed in the Ladbroke Grove, West London in 1974. Aswad reached No.1 on the UK Reggae Charts in 1976 with their debut release, ‘Back to Africa,’ ‘Love Fire,’ their popular anthem released in 1981. In 1988, Aswad earned international acclaim with their reggae version of ‘Don’t Turn Around,’ which sailed to the No.1 in the U.K. Charts.

Aswad captured a host of new fans with the release of the album ‘Rise & Shine’ in 1994, a recording which saw the band’s first Grammy nomination for ‘Best Reggae Album of the Year.’ A major hit in the UK and Japan, the album also gave the band another No.1 hit with the now famous summer reggae anthem ‘Shine.’

Create a Menu
Simmer Down Arts
Tel: +44 (0) 121 296 5235E-mail: info@simmerdownfestival.com
NEWSDonationsGet In TouchPrivacy Policy
©2021 Simmer Down Arts   •   Website By SEO Nuts
We use cookies on our website to give you the most relevant experience by remembering your preferences and repeat visits. By clicking “Accept All”, you consent to the use of ALL the cookies. However, you may visit "Cookie Settings" to provide a controlled consent.
Cookie SettingsAccept All
Manage consent

This website uses cookies to improve your experience while you navigate through the website. Out of these, the cookies that are categorized as necessary are stored on your browser as they are essential for the working of basic functionalities of the website. We also use third-party cookies that help us analyze and understand how you use this website. These cookies will be stored in your browser only with your consent. You also have the option to opt-out of these cookies. But opting out of some of these cookies may affect your browsing experience.
Necessary Always Enabled
Necessary cookies are absolutely essential for the website to function properly. These cookies ensure basic functionalities and security features of the website, anonymously.
Functional
Functional cookies help to perform certain functionalities like sharing the content of the website on social media platforms, collect feedbacks, and other third-party features.
Performance
Performance cookies are used to understand and analyze the key performance indexes of the website which helps in delivering a better user experience for the visitors.
Analytics
Analytical cookies are used to understand how visitors interact with the website. These cookies help provide information on metrics the number of visitors, bounce rate, traffic source, etc.
Advertisement
Advertisement cookies are used to provide visitors with relevant ads and marketing campaigns. These cookies track visitors across websites and collect information to provide customized ads.
Others
Other uncategorized cookies are those that are being analyzed and have not been classified into a category as yet.
SAVE & ACCEPT